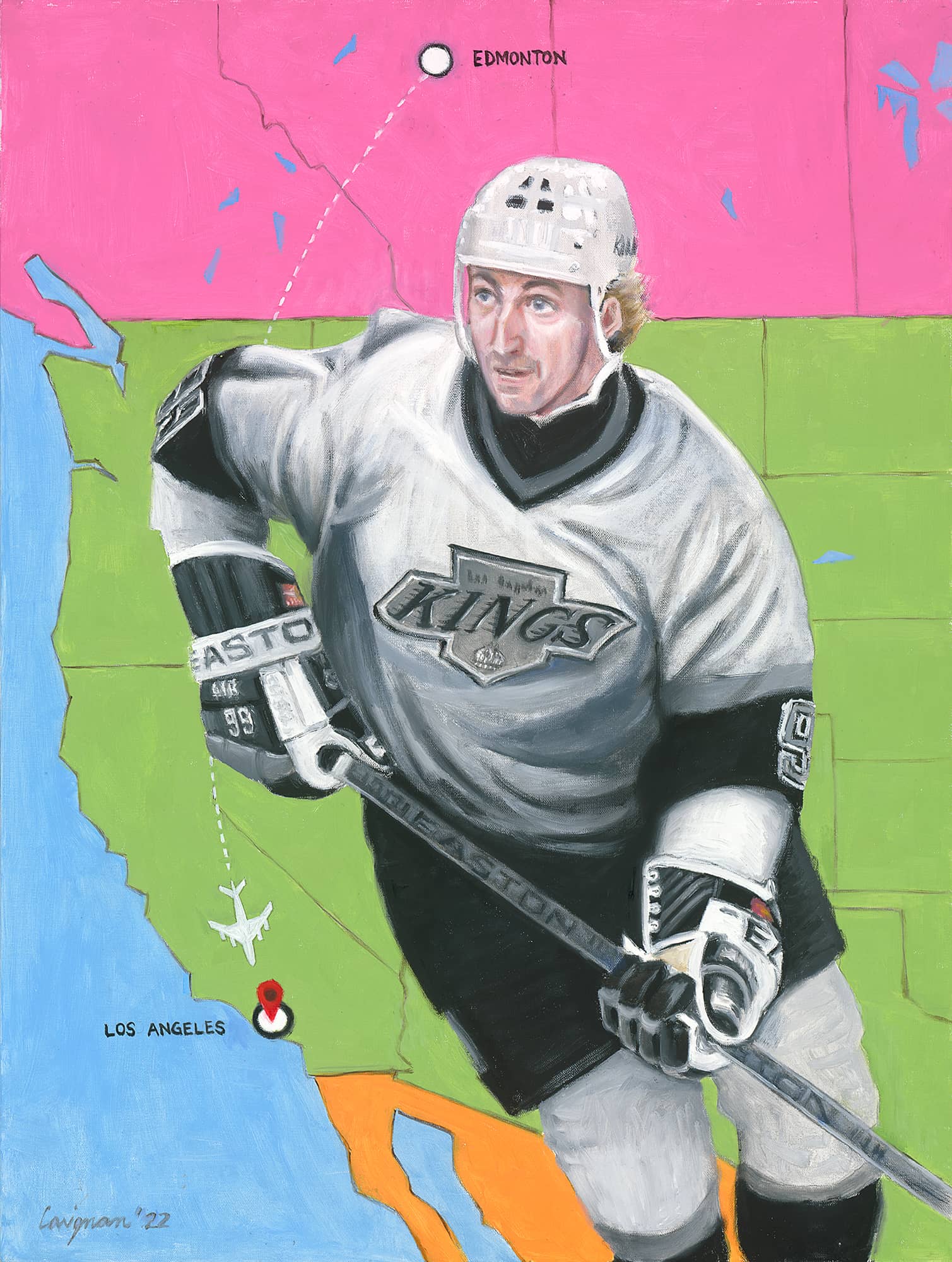 1988: Wayne Gretzky Is Traded to the Los Angeles Kings

Wayne Gretzky, the captain of the back-to-back Stanley Cup winner Edmonton Oilers and hockey’s biggest star, was traded to the Los Angeles Kings. The move is credited with boosting hockey’s popularity in Los Angeles and bringing a dose of Hollywood to NHL hockey.

The idea of Gretzky being traded was shocking to most hockey fans, and the idea of the Canadian-born superstar being traded to a team in the United States made it even more so. Among the responses to news of the trade was a member of Canada’s Parliament proposing that the government either block the trade or buy Gretzky’s contract so that it could be sold to another Canadian team.

Every trade made in its wake, no matter how monstrous or preposterous, could now be explained logically: “Well, if Wayne Gretzky can be traded, anyone can be traded.”

Gretzky’s move opened up warm-weather locations for hockey. The National Hockey League experienced growth in those locales, such as expansion franchises in San Jose in 1991, Tampa Bay in 1992, and Anaheim in 1993 among many others.