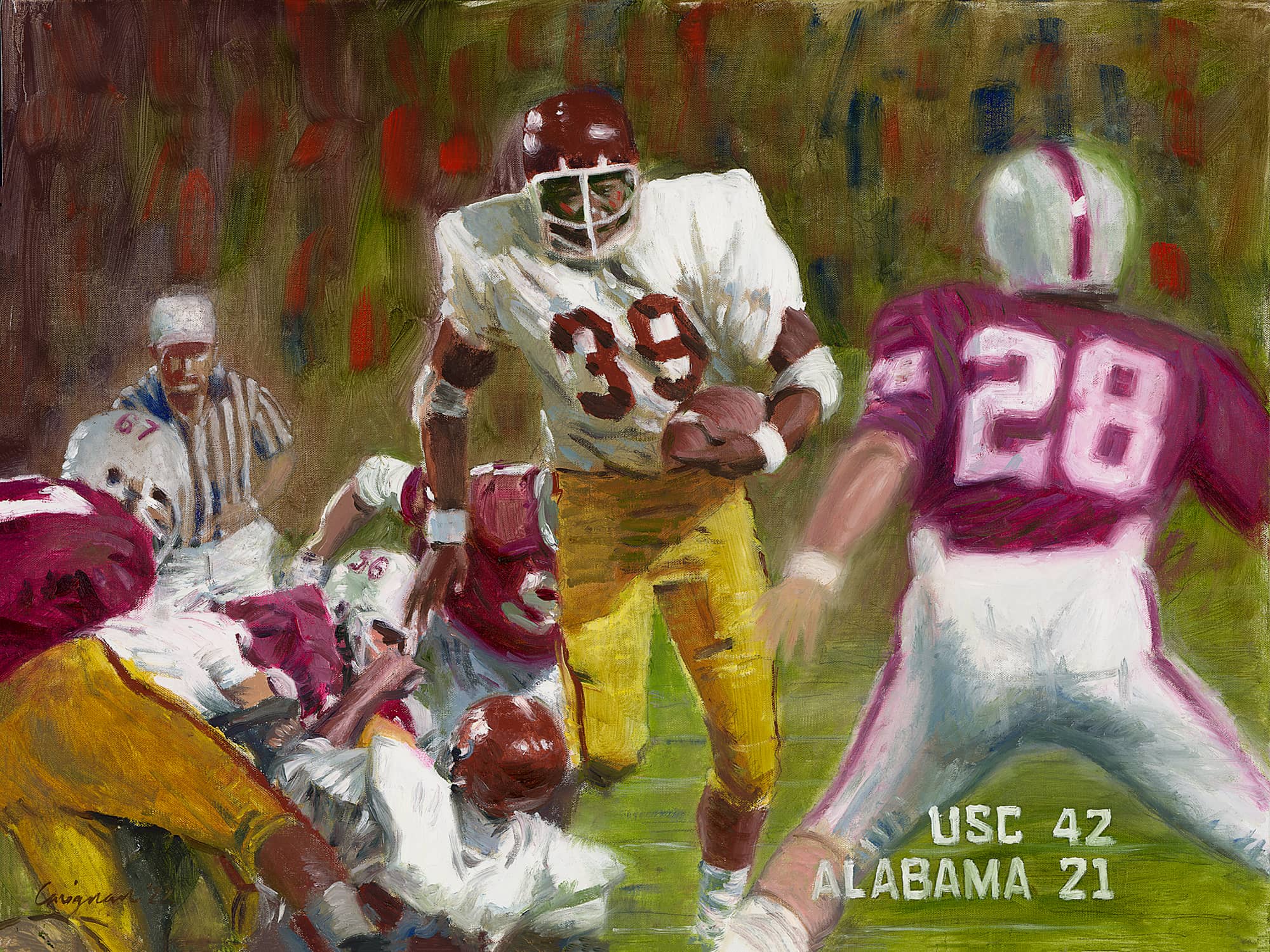 University of Southern California head coach John McKay and University of Alabama head coach Paul “Bear” Bryant arranged for their teams to play a regular-season game. It would feature the two football powerhouses—and be the first time an integrated team would play against an all-white team in Alabama, which had been a seat of civil rights discord in the United States. The USC squad included a black quarterback, starting backfield, and team members such as Sam “Bam” Cunningham, a sophomore fullback who would finish the game with 135 yards and two touchdowns on 12 carries. USC won the game 42–21.

Many historians view the game as the turning point that accelerated the integration of the Alabama football program, which then ushered in the era of integrated football in the Southeastern Conference.