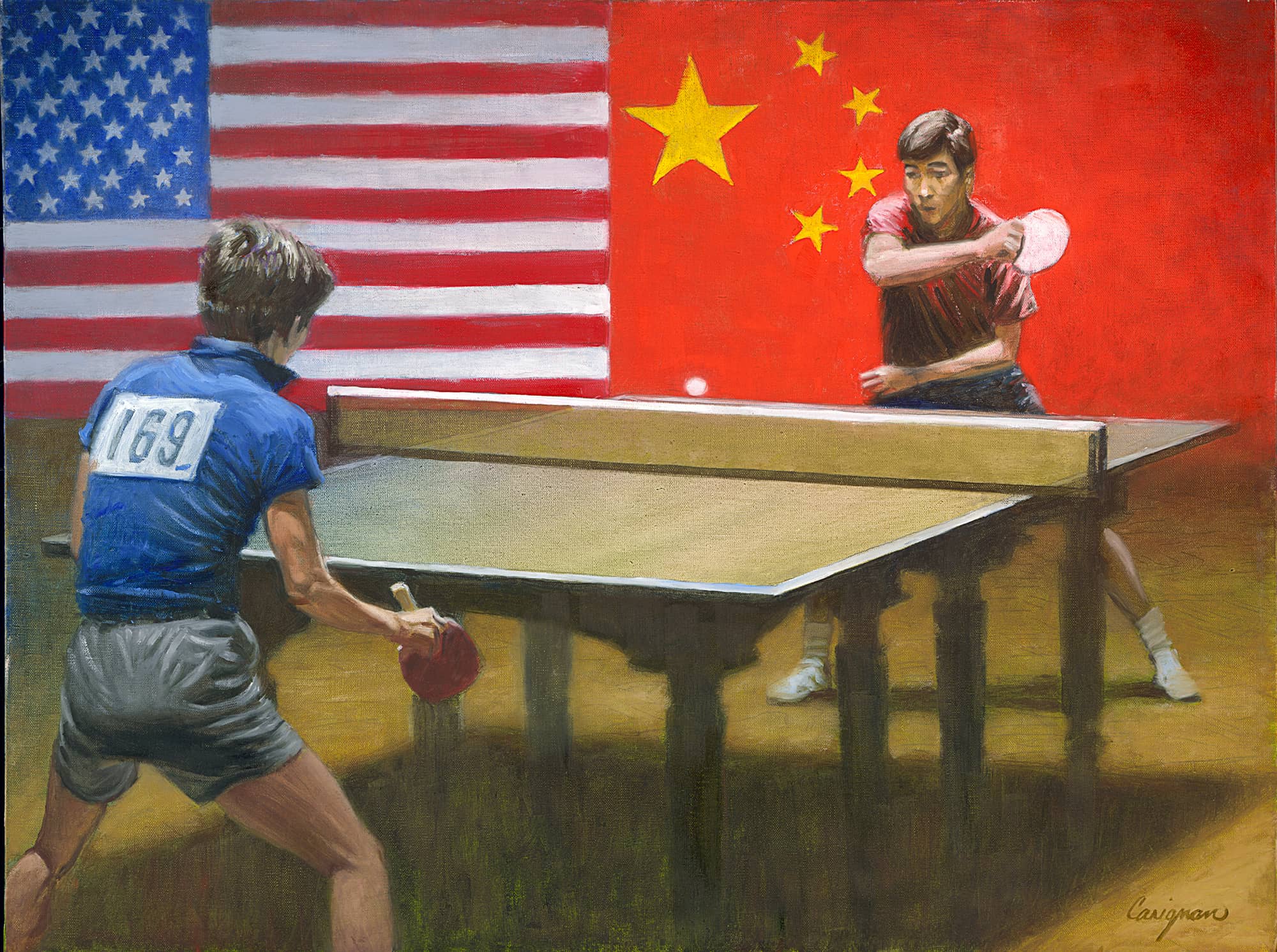 In the 22 years leading up to the 1971 World Table Tennis Championships, China and the United States had little to no contact because of a split between respective communist and capitalist ideologies. However, in April of that year, while competing at the Championship in Japan, the U.S. table tennis squad was invited by the Chinese national team to play a few games in Beijing, an invitation orchestrated by the government of the People’s Republic. The American squad accomplished what politicians could not: becoming the first Americans to visit Beijing since 1949.

What has since been called “Ping-Pong diplomacy” gave people in the United States an opportunity to peer behind the curtain of communist China for the first time. It had the effect of transforming American perceptions of Communist China and set the scene for President Richard Nixon’s momentous trip in 1972 that “opened China to the West.”