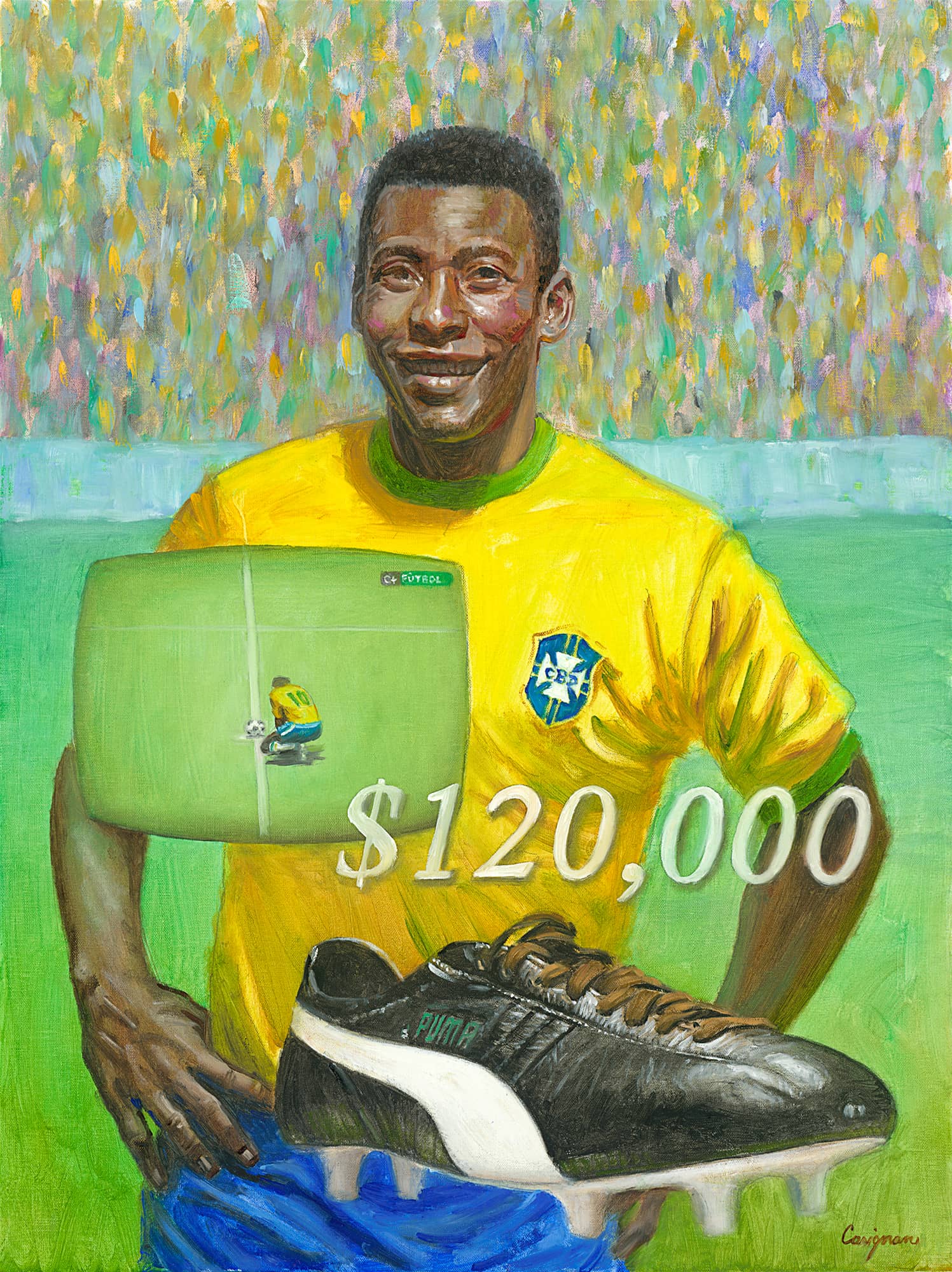 1970: Pelé Ties His Puma Shoes at the World Cup

Just prior to the kickoff of Brazil’s quarterfinal match against Peru, television cameras captured Pelé positioned at midfield. The camera zoomed in on him as he kneeled down to tie his Puma boots. It was a planned move, anticipating that the cameras would focus on Pelé at that moment, which would provide an opportunity to announce to the world that he was endorsing Puma.

This moment combined the increasing economic value of athlete product endorsements and the advent of brand advertising coming into its own. It fundamentally changed the economic value of an athlete and was the formal launching of guerrilla marketing.