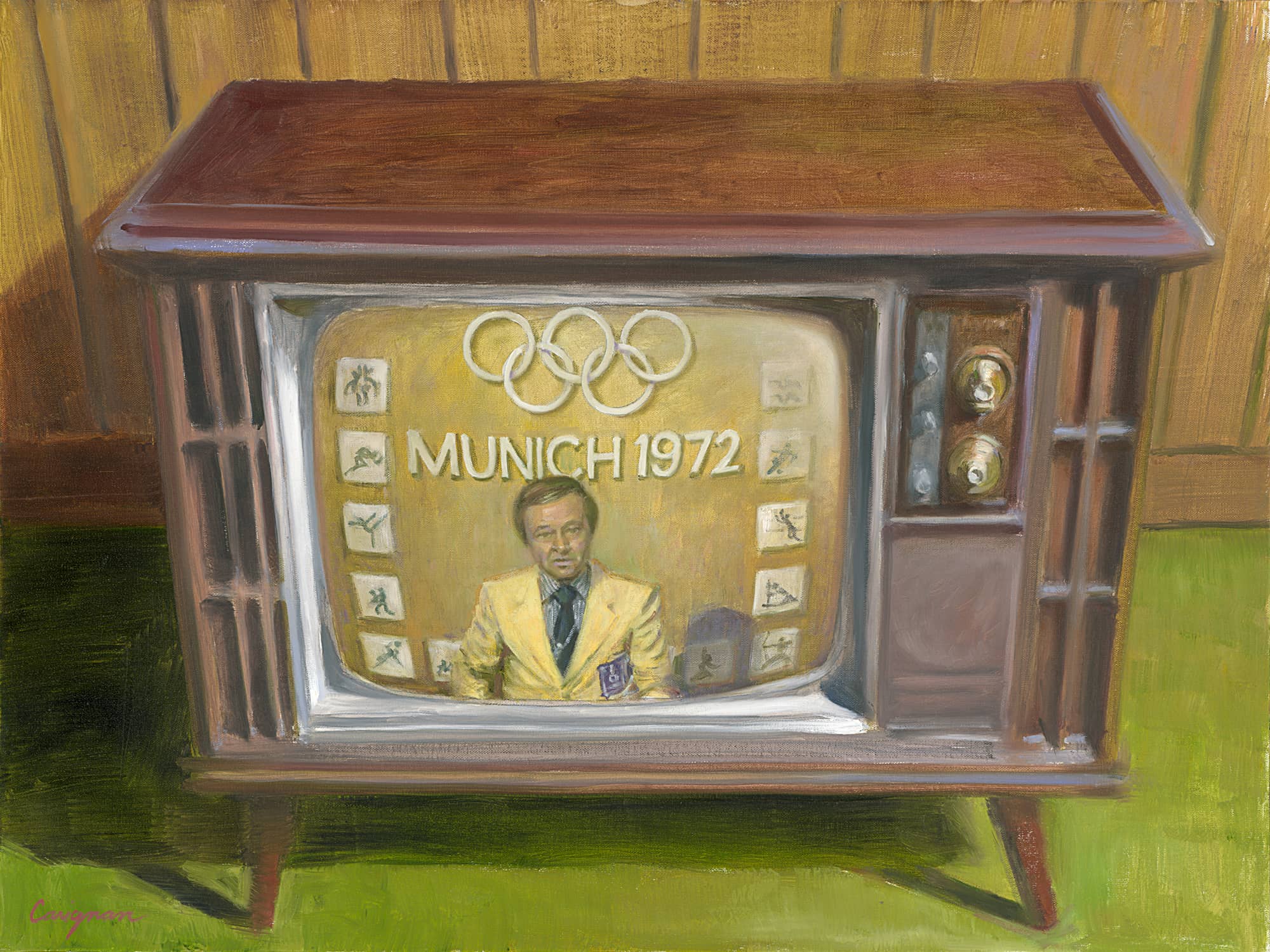 Coverage of the Olympic Games gave people around the world live footage of the assailants on the apartment balconies and the hostages they held. Eventually, television delivered the news, personified by ABC Sports broadcaster Jim McKay, who said, “Our worst fears have been realized tonight… They’re all gone.”

McKay broadcasting from Munich Olympics 1972 moved broadcasting from describing and sharing history to bringing horrendous events live to the audience. Sports moved from being just entertainment to playing a center-stage role in addressing political and social issues.