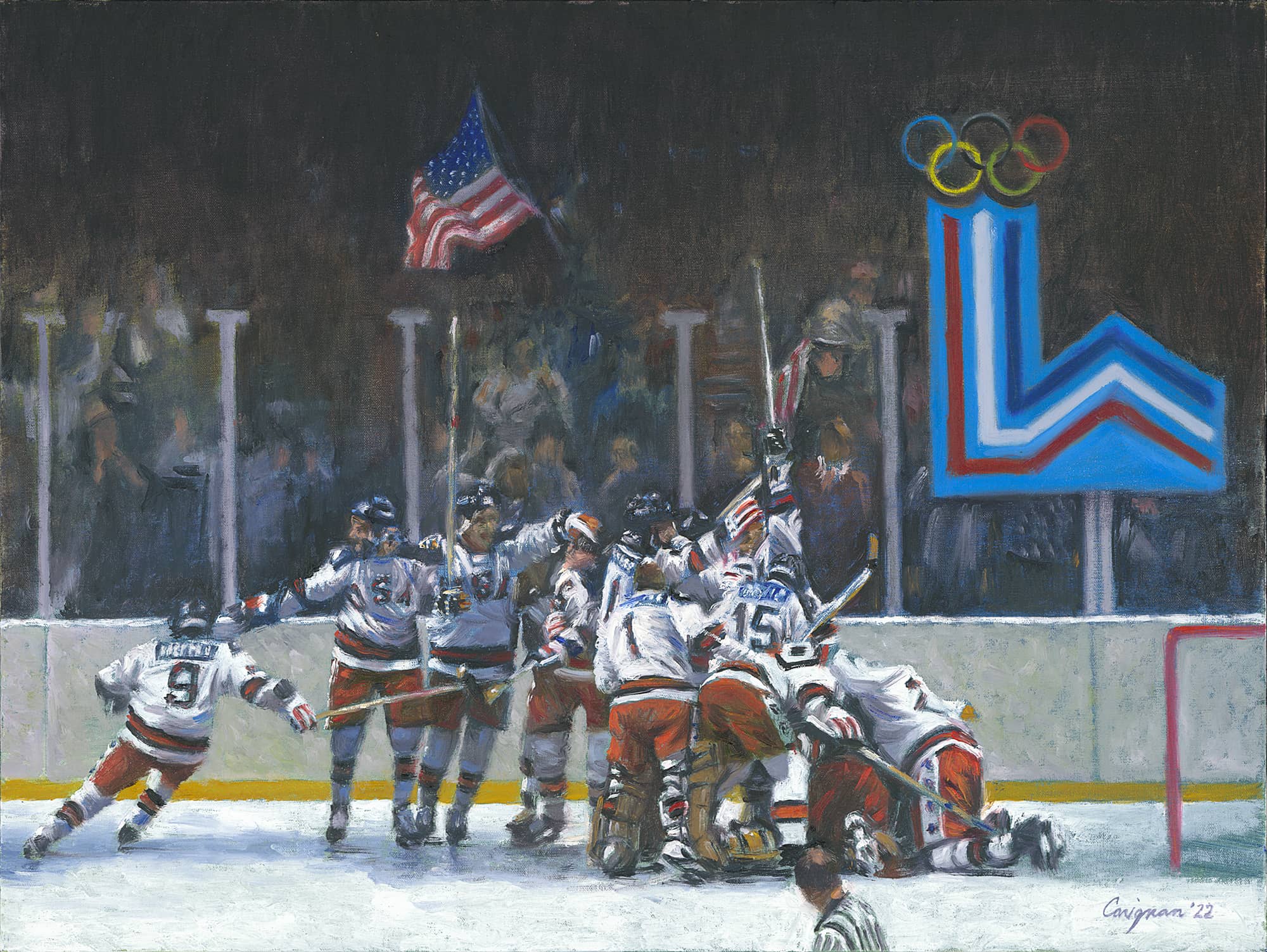 The XIII Winter Olympic Games were held in the small village of Lake Placid, New York. The Soviet war in Afghanistan was two months old, and the Cold War was at its height. The Soviet hockey team—who had won four of the preceding six Olympics and were a team of seasoned professional players with years of competitive experience around the world—seemed set for their fifth Olympic gold medal.

The U.S. team entered the Games seeded seventh out of 12 teams.

The Soviets versus United States game was tied at 2–2 after the first period. The Soviets scored the only goal in the second period, and Mark Johnson’s goal in the third period brought the game back to a tie. With only 10 minutes left in the game, Mike Eruzione scored the famous fourth and winning goal. Jim Craig’s amazing play at the net is credited with helping the U.S. team defeat the Soviets 4–3. As the clock wound down in the final seconds, ABC Sports broadcaster Al Michaels asked the viewing audience, “Do you believe in miracles?”

Jim McKay, the host of ABC’s Wide World of Sports, was asked to put into words what he had just seen. He said, “That may be the greatest upset in sports history.”