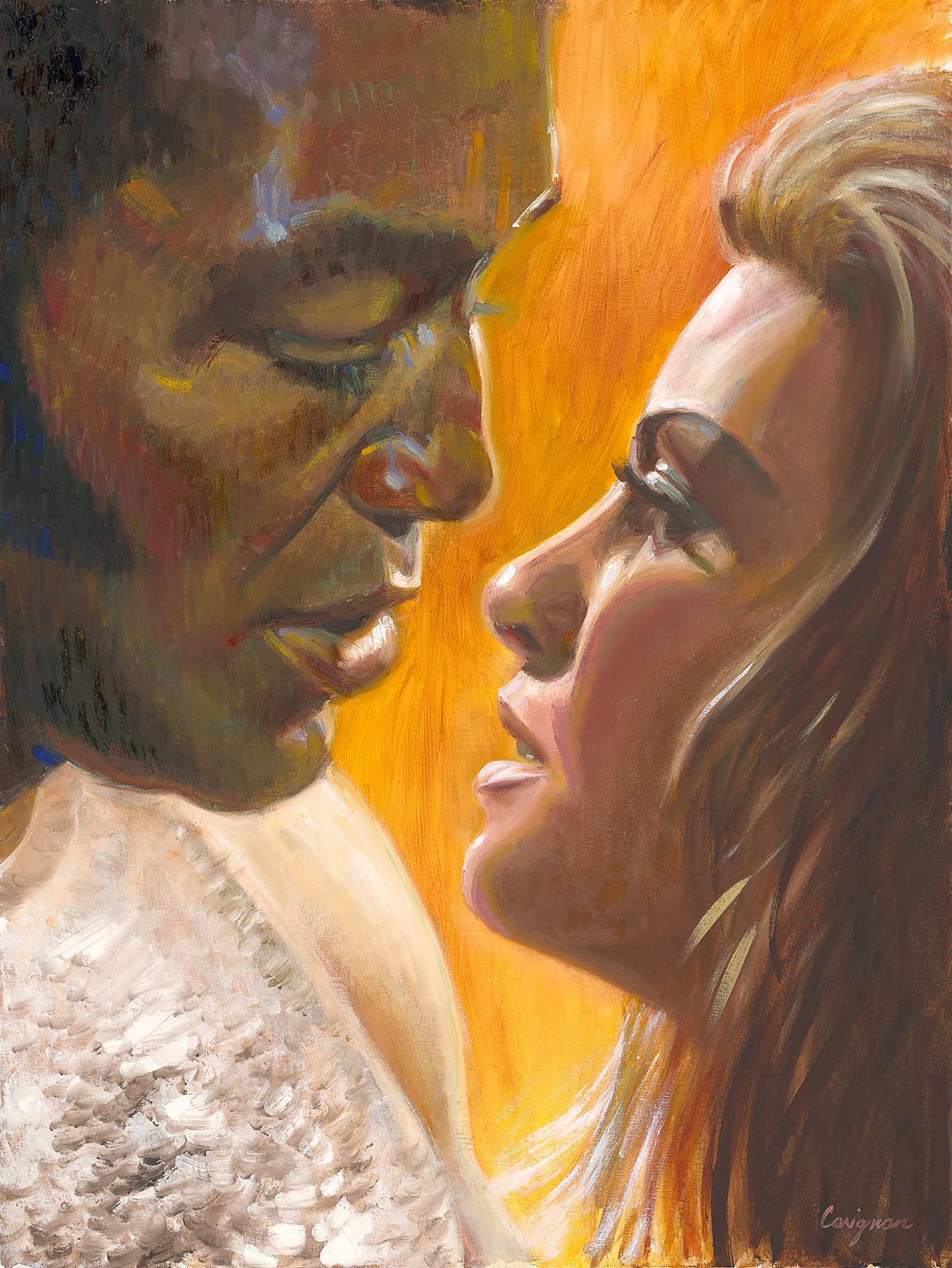 Jim Brown, running back for the Cleveland Browns and one of the top players in the NFL, starred opposite Raquel Welch, one of the most celebrated actresses in the world, in the film 100 Rifles. The two share a kiss, providing a platform for a black man to be seen in a strong role as a romantic lead during the era of the civil rights movement.

This moment symbolized athletes finding success in acting roles and the use of both platforms to address and challenge social norms.