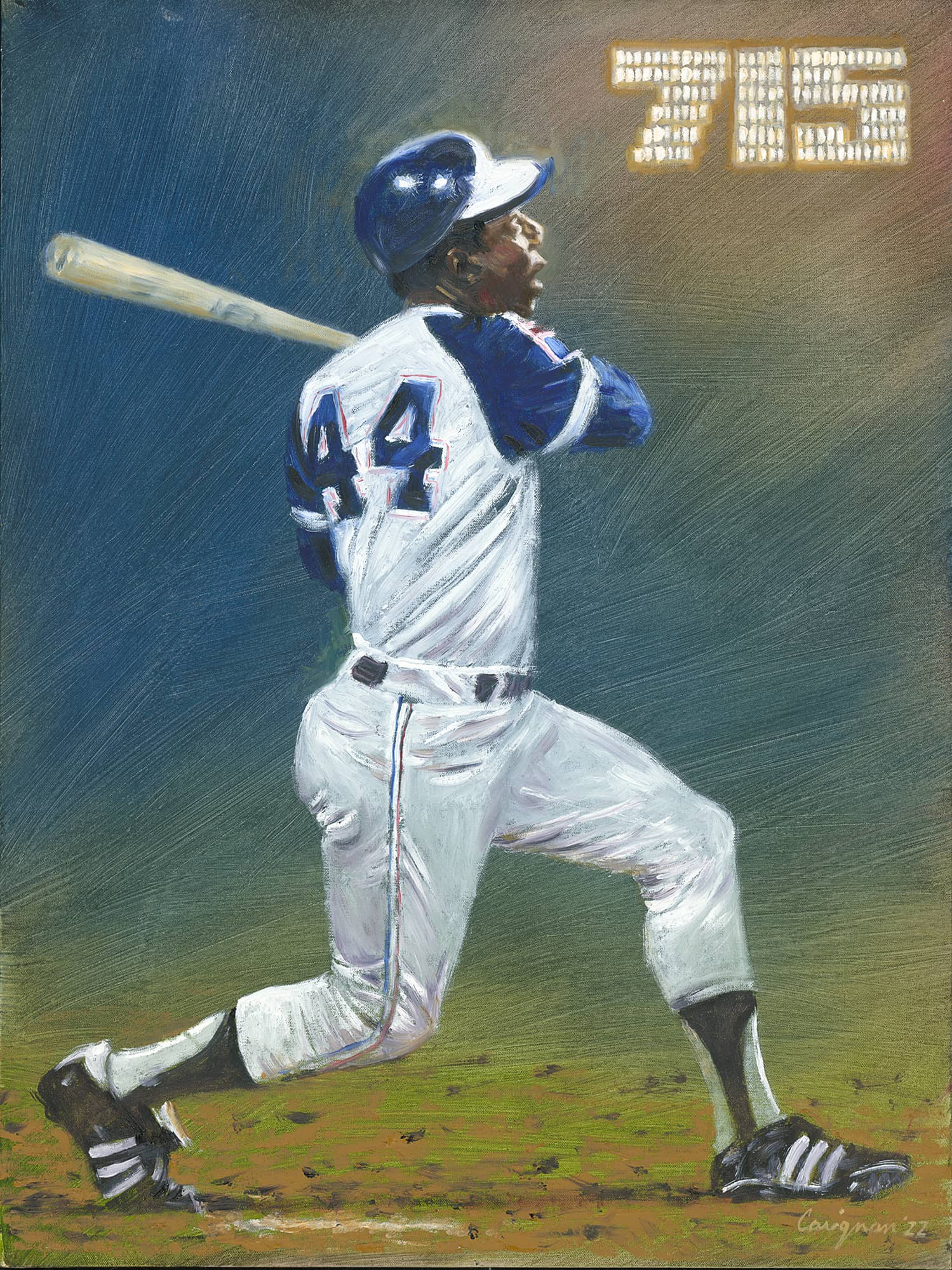 On April 8, 1974, Hank Aaron of the Atlanta Braves hit his 715th career home run. The hit broke Babe Ruth’s record of 714 home runs. Aaron’s achievement was notable on the field as well as off of it. Aaron was African American and had received death threats and racist hate mail during his pursuit of one of sport’s and society’s legendary records, achieving an iconic American feat—and doing so in a home game in Atlanta, a traditionally segregated city.

This moment placed an African American in the mainstream of elites of baseball.