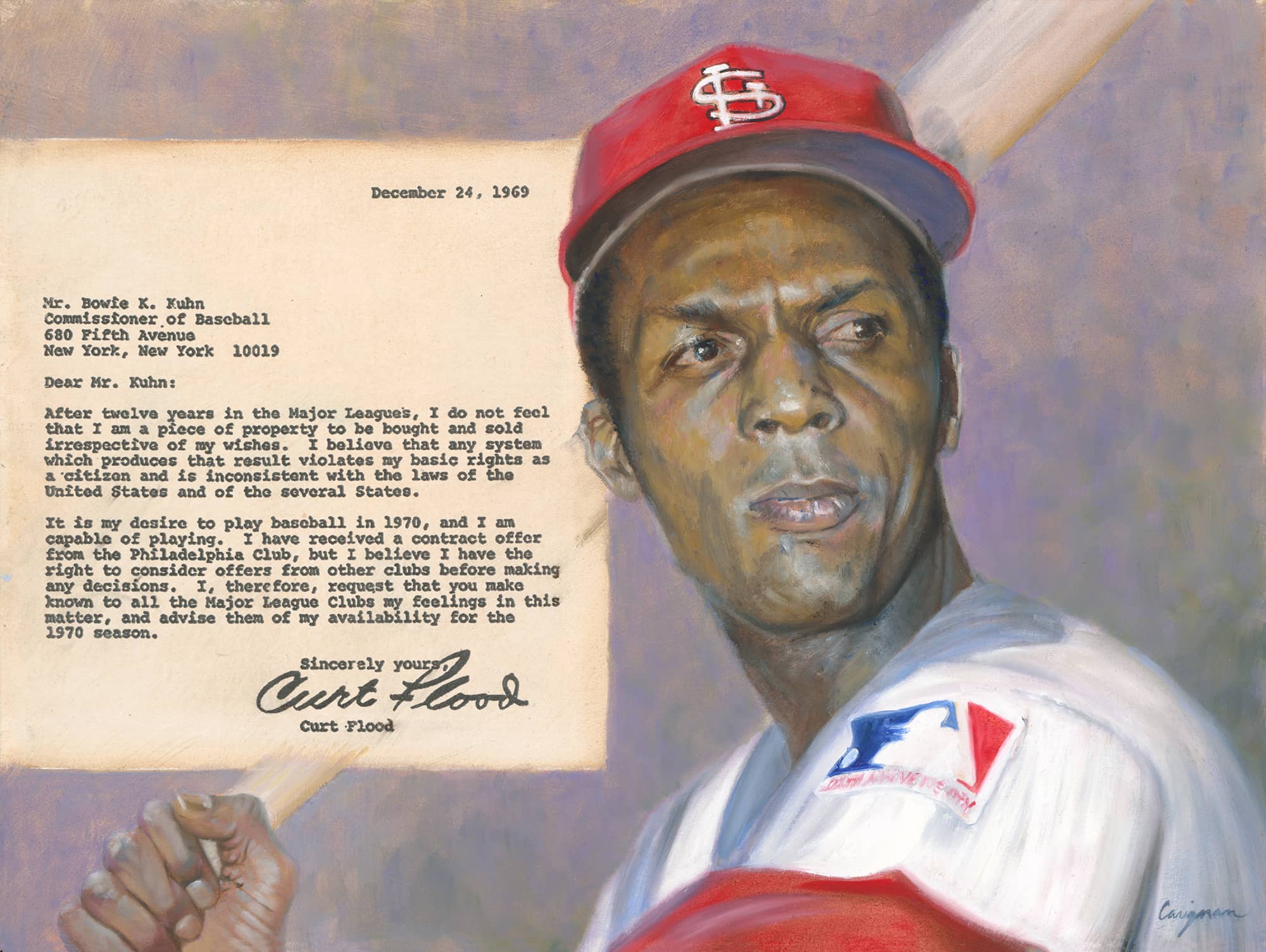 Curt Flood petitioned MLB Commissioner Bowie Kuhn for the right to entertain offers from other ball clubs. When Kuhn denied the request Flood, with the support of the MLB Players Association, responded by filing a lawsuit against the Commissioner and MLB.

The lawsuit, which charged that the reserve clause violated federal antitrust law and the 13th Amendment (abolishing slavery and involuntary servitude), was taken as high as the Supreme Court of the United States in 1970. Although the court did not rule in favor of Flood, the case and overall effort paved the way for free agency in MLB and influenced player transactions and compensation across sports going forward.