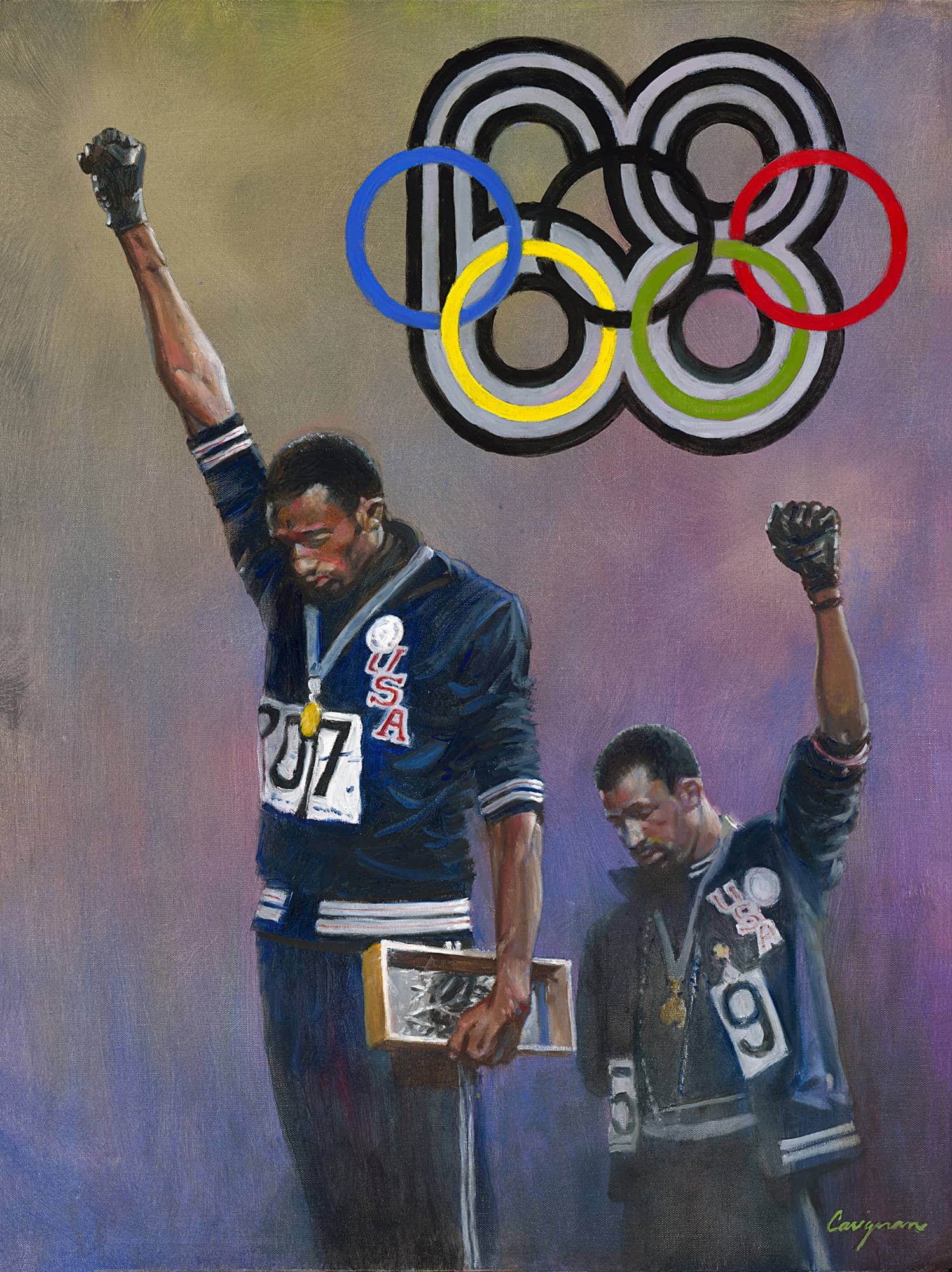 The enduring image is from the medal stand during the playing of the U.S. national anthem, when Tommie Smith and John Carlos lowered their heads in defiance and each raised a fist in a black power salute.

In later years, Smith stated that the gesture was a human rights salute, not a black power salute. In any case, the moment is regarded as one of the earliest and most politically overt acts of an activist athlete. It came at a time when such athletes as Muhammad Ali and Kareem Abdul-Jabbar were becoming increasingly active in using sports as a platform to encourage social change.