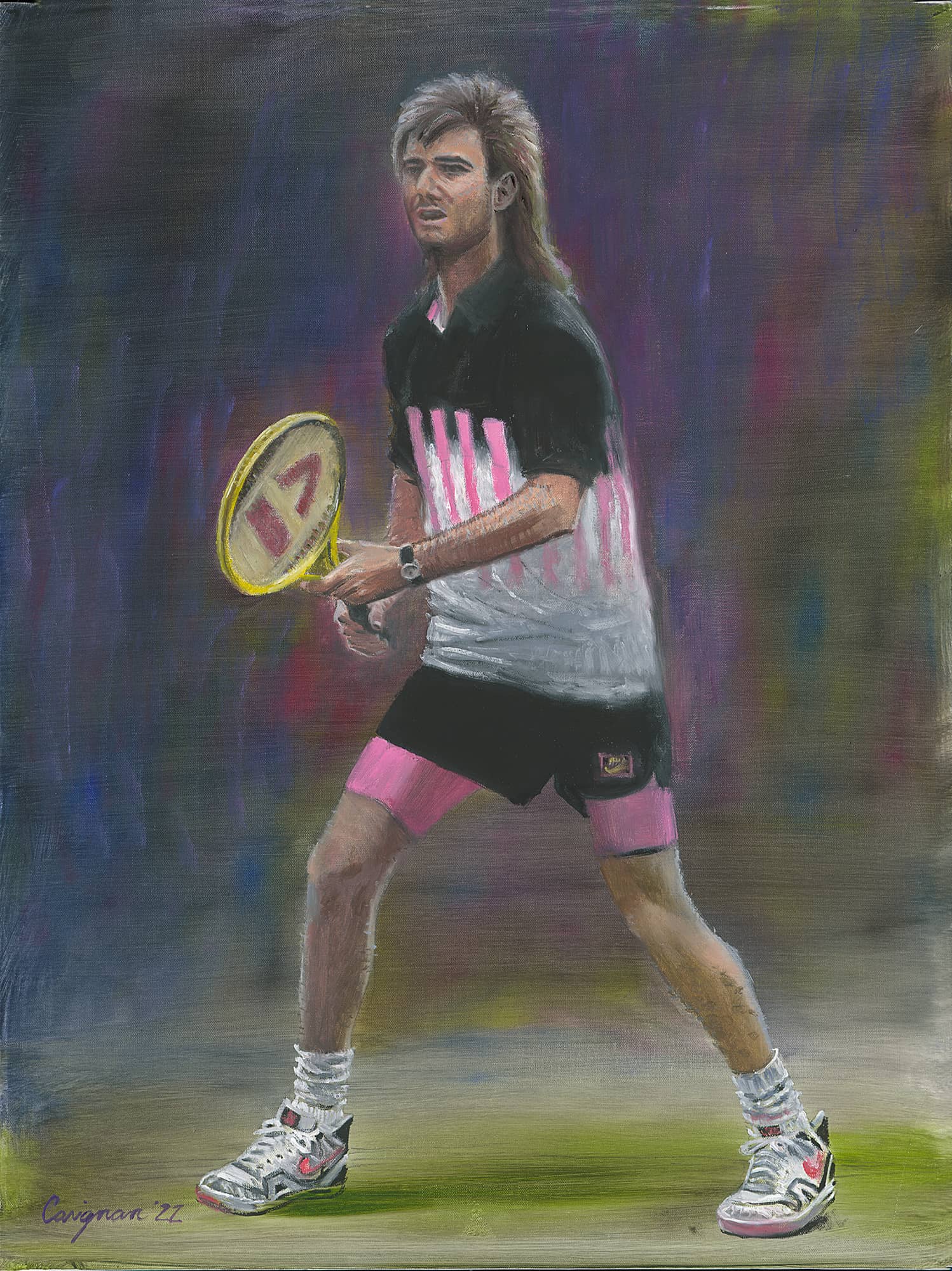 Andre Agassi had already been noticed as an up-and-coming player on the men’s tennis tour when he arrived to compete in the U.S. Open. While his level of play was gaining recognition, he was probably being even more recognized for breaking convention with his long, dirty-blond hairstyle. He broke another convention when he came to the court for a match wearing acid-washed denim shorts manufactured by his apparel sponsor, Nike. He soon pushed through the established attire boundary in later tournaments, when he added neon-colored spandex shorts to go underneath the denim and neon-color–infused tops to the ensemble.

Agassi and Nike brought a rock ’n roll style to the sport, pushing it further past its traditional comfort zone and reputation for being rather conservative and clubby.